We are proud to announce Topicus KeyHub 21. This release brings provisioning of service accounts on Active Directory. We've also greatly improved the UI (user interface) of our browser extension. Last, but not least, we've done a major overhaul of the encryption used by the Topicus KeyHub vaults. As usual, a number of assorted smaller changes and bug fixes are included.

Issues with the ELRepo repository

TKH-2051 The ELRepo repository is currently experiencing problems due to a DDoS attack. This can cause timeouts during an online upgrade of Topicus KeyHub. Starting with 21, we now serve all RPMs from our own mirror. To prevent issues during the upgrade, it is recommended to temporarily disable the ELRepo repository. It will be re-enabled and moved to our own mirror during the upgrade. Login on the appliance via ssh on port 50022 with the user keyhub and the maintenance password and type the following command:

Starting with Topicus KeyHub 21, we will switch to a new version numbering scheme. From now on, we will increase the major version number on every release and drop the minor version number. This new scheme corresponds better to how we already built releases. It also makes it easier to communicate about releases. This change only affects the version number, nothing else. You can still expect the same quality of our releases.

Several long-awaited improvements for the browser extensions have been implemented. Some of these target the extension itself, while other improvements were made to Topicus KeyHub itself to better guide the user in using the extension. 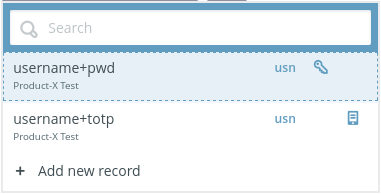 We are proud to announce the 18.0 release of Topicus KeyHub. This release brings a completely new way of authorizing clients to ...
Start met lezen
Emond Papegaaij 15/11/2021 9 min read

We are pleased to announce the release of Topicus KeyHub 19.1. In this release we finally bring a long wished for feature: ...
Start met lezen