For users of our virtual appliance the following steps will be automated, however if you run Topicus KeyHub as a self-hosted docker deployment, the update to 19.2 requires some additional actions.

An additional secret must be added as property in the env-file, as it is required for the solution to TKH-1888. This secret is best generated using a strong secret generator, such as the password generator in the Topicus KeyHub vault. The exact value does not matter, but it must be URL safe (the passwords generated by the vault are URL safe). The secret is:

TKH-1050 TKH-2000 A completely new account dashboard was added for auditors. This dashboard displays all accounts with status information. Detailed information for accounts can be acquired by clicking on an account.

TKH-1351 TKH-1752 TKH-1952 TKH-1999 It is now possible to require that audits on a group be reviewed by members of a different group. This allows the audits of groups to be performed decentralized by the group's managers, while maintaining centralized control. Additionally, an auditor can now request a group to be audited immediately, rather than waiting for the next periodic audit.

Significant improvements were made to the account provisioning subsystems of Topicus KeyHub. These improvements greatly increase the reliability, performance and aid in troubleshooting potential problems.

TKH-1988 We've put a lot of effort in expanding our OpenAPI definition. All available endpoints are documented now with comprehensive examples of payloads and descriptions of the available query parameters. The OpenAPI definition is now also validated during our build process to prevent regressions in the future. 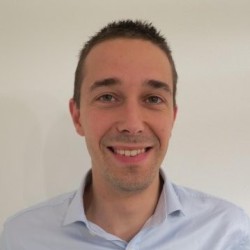