We are happy to announce the release of Topicus KeyHub 18.1 at the start of summer. With this release we offer the ability for an additional authorization step for group membership requests, leaving final approval up to a different group altogether. We also did some preparatory work for an upcoming "social recovery" feature for account passwords, including vault access, and we took some steps in the automation of our release pipeline. As usual, we implemented a number of smaller improvements and fixes for several issues.

TKH-1729 TKH-1731 Internal auditing revealed that under some conditions permissions were not correctly checked against the right policies when operating directly on our back end. We strongly recommend all installations to be upgraded to 18.1. Topicus KeyHub customers can inquire for more information.

TKH-1687 TKH-1721 We've added the ability for group managers to link a different KeyHub group to their group to authorize group memberships as an optional extra step. This enables organizations to have group membership approved by accounts who are not themselves a member of the requested group, such as department heads who are responsible for certain access privileges, but are not supposed to have or need that access themselves.

Group managers will still be responsible for the initial evaluation of a group membership request. After approval by a group manager, a subsequent request will be made to managers of the authorizing group (if configured). Only after this final approval will the requested membership be granted.

TKH-1741 We're in the process of adding an exciting new feature that will enable users to recover their account, including vault access, if they lost their password. After discussion with expert panels formed by some of our customers we designed a protocol based on Shamir's secret sharing. With this release we make some preparations in the back-end code to prepare for this functionality, which we expect to deliver in the coming months. 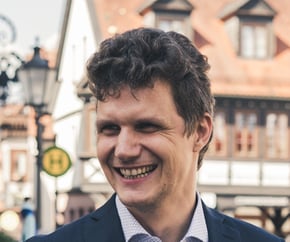 We are proud to announce the 17.1 release of Topicus KeyHub. This release brings private groups and restricted accounts, the ...
Start met lezen
Emond Papegaaij 10/11/2022 7 min read

We are proud to announce Topicus KeyHub 22. This release brings back the option for a password reset. We've also added some ...
Start met lezen
Emond Papegaaij 3/05/2021 9 min read

We are proud to announce the 18.0 release of Topicus KeyHub. This release brings a completely new way of authorizing clients to ...
Start met lezen